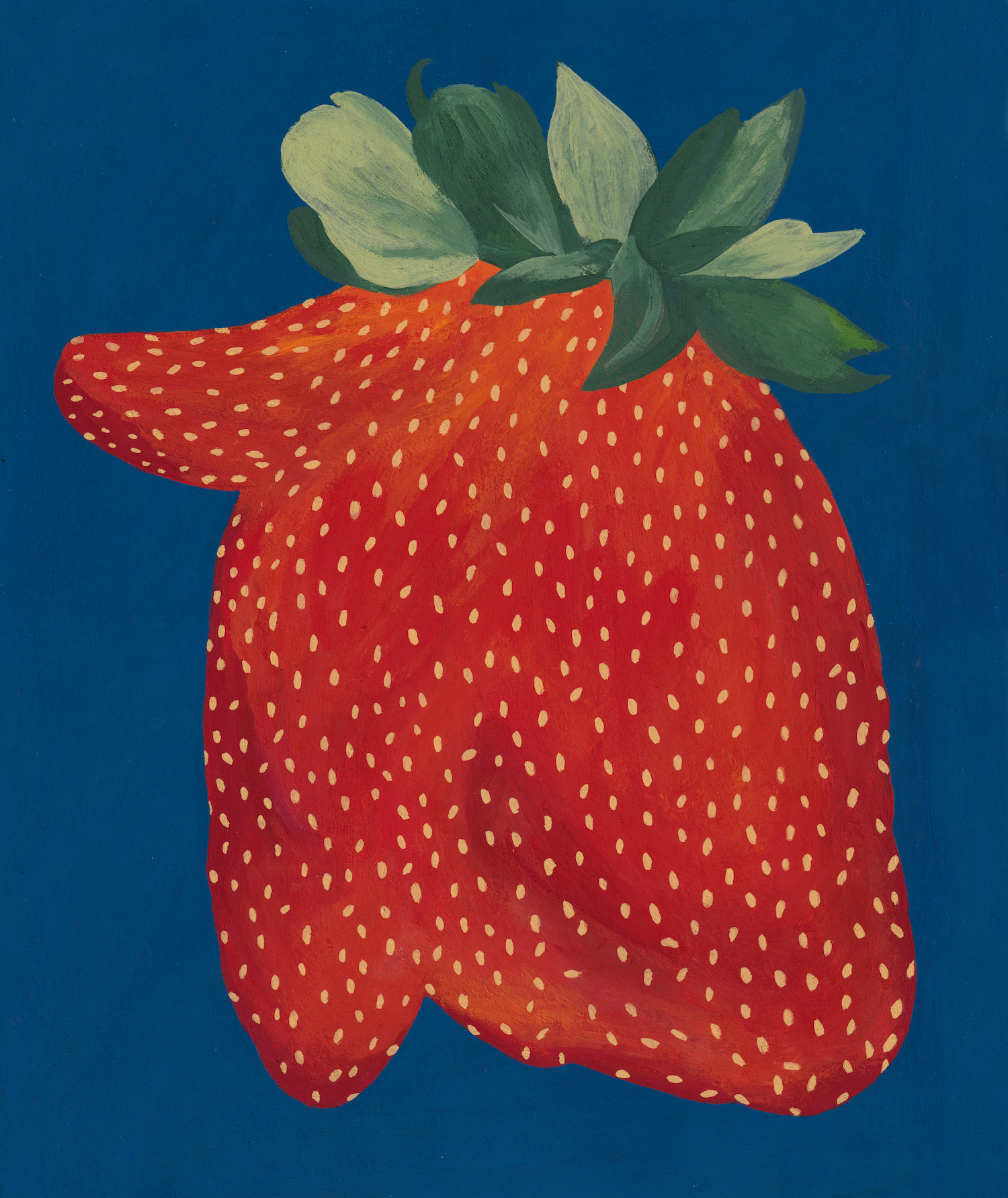 The best of you

In one of my sessions with my therapist, I talked about my worries of getting old and changing appearances: wrinkles appearing and age moles. How sometimes I felt not beautiful at all.

She said something that was very inspiring at that time. (But oddly enough I didn’t remember it immediately and had I had to ask her again.) She said: “Right now, in this very moment, I’m the best of me, the most beautiful me.”

I really wanted to make something out of this idea. A painting that I could look at every day and remind myself. Before I leave the house, in the dressing room, I would see the painting and it would tell me: “You’re the best of you.”

It’s spring and the time of strawberries. I see them every time when I go grocery shopping.

There’s an interesting thing about strawberries here in the Netherlands: They’re all beautiful.

In San Diego, I remember having strawberries that came in all sorts of shapes. Some were huge. Some were smaller. They were never identical. I tried looking for these strawberries here in the Netherlands, but they don’t seem to exist. I even told my husband explicitly to go the supermarket and buy me the box of strawberries that were the most oddly shaped. He couldn’t find any.

But strawberries are just strawberries. Maybe you think they’re shaped beautifully, maybe not. But when you bite down, they’re sweet and juicy inside. At the moment when they’re harvested, they’re the best of them. That’s the feeling I wanted to talk about.

The process to this painting was also an interesting one. I made quite a few different sketches. I sketched a person with a sausage mouth, strawberry nose and tiny fish eyes. Then I realised that this is still talking about appearances, it’s still about beauty standards. That’s not what I was trying to do.

I thought about maybe adding a caterpillar that would crawl across the fruit. But again: that’s not the idea. A caterpillar is something that transforms into something else (from “ugly” to “beautiful”) and that’s not what this painting is about.

I did two different colour tests, one with Prussian blue as a background and one with white. The white background was too pure, too innocent. It felt like I was still trying to make it beautiful, but I wanted it to look strange! The Prussian blue provided this kind of atmosphere.

I had to get rid of a lot of ideas in the process to really bring this painting back to the essentials. Just a strawberry. It’s the best of it: red, juicy and sweet.

I hope it reminds you, just like it reminds me, that right now, in this very moment, you’re also the best of you. 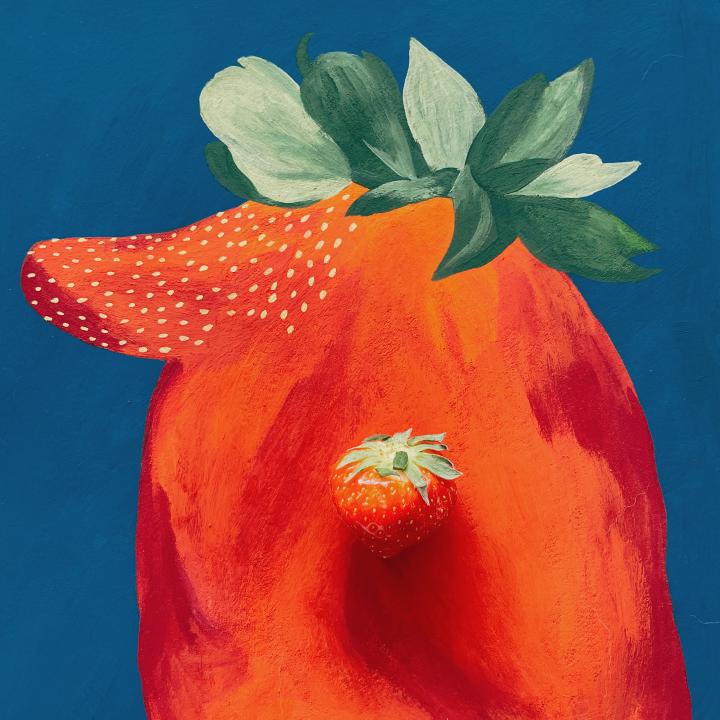 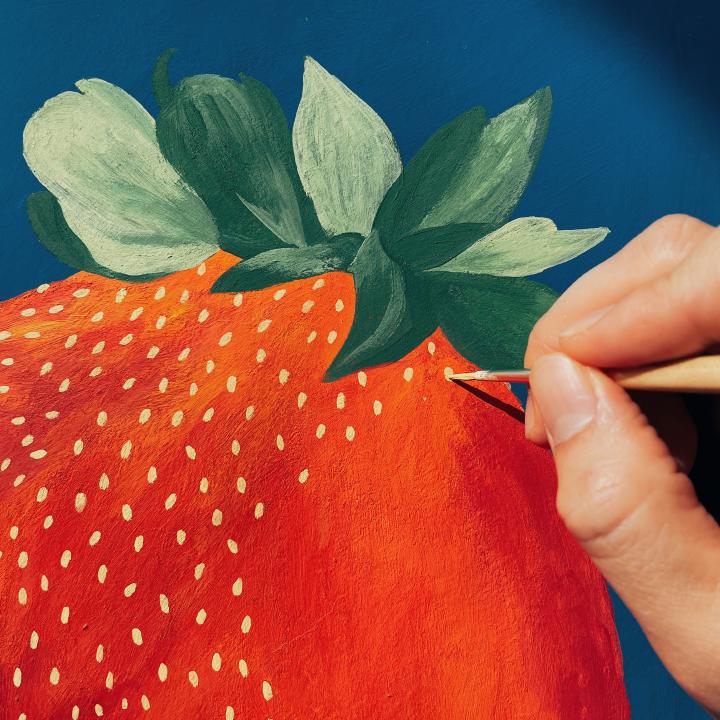 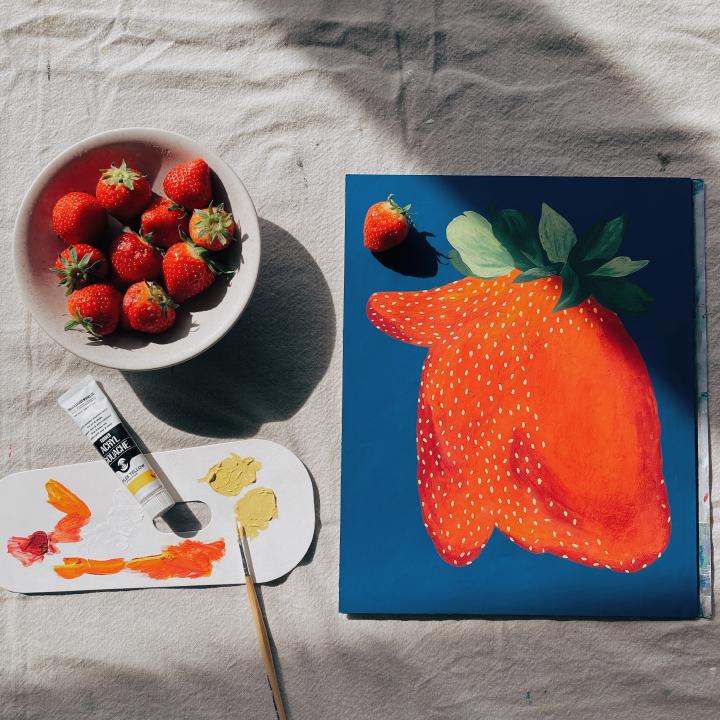 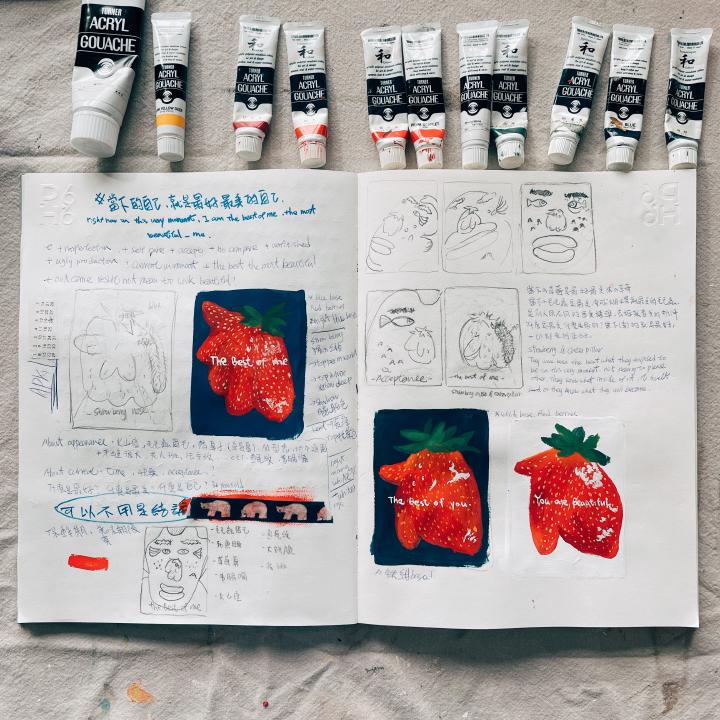 THIS IS WHAT THIS PAINTING COULD LOOK LIKE ON YOUR WALL 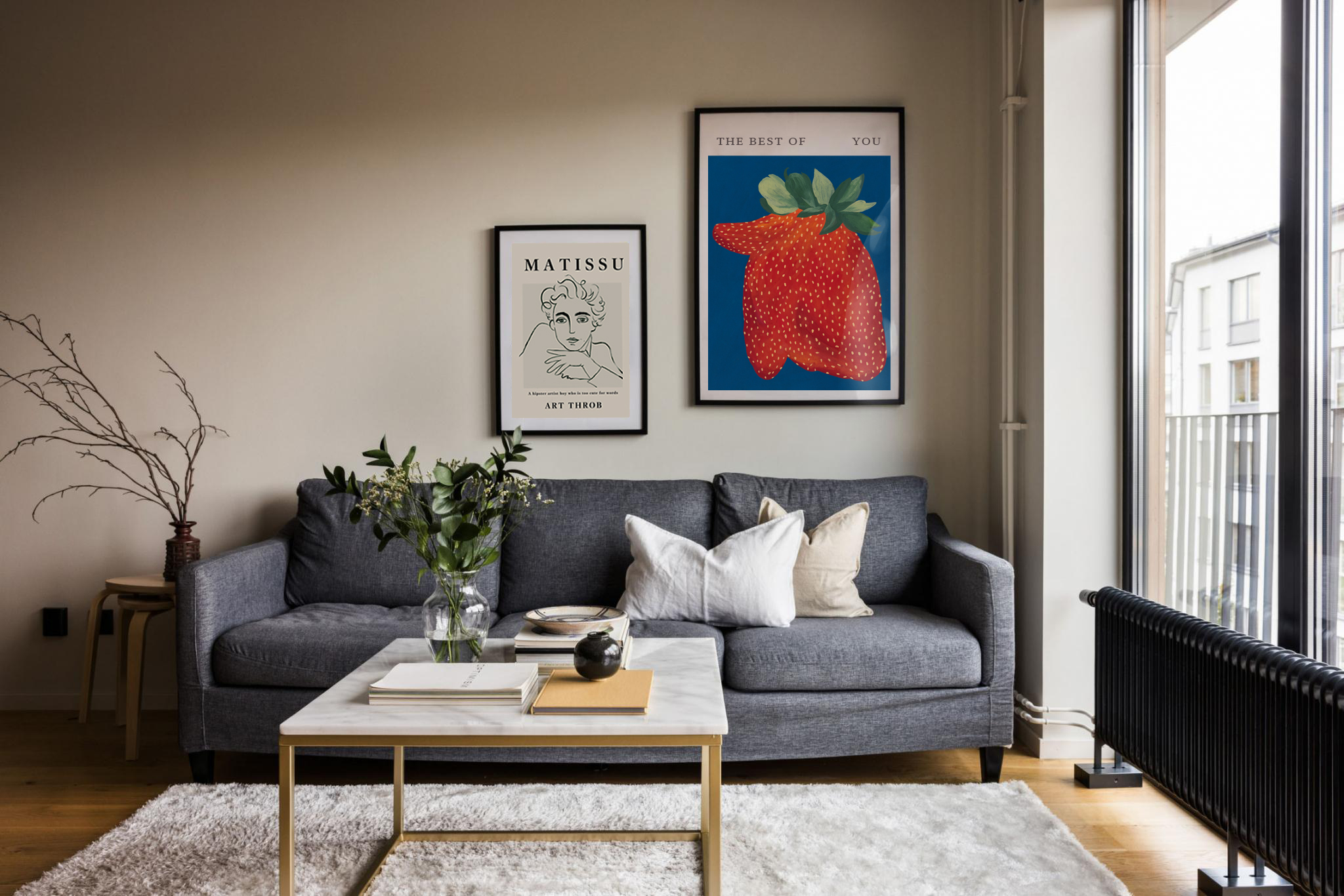 Something a bit old, but the ideas are still new

PH6.6 is the studio of painter Jaron Su in Eindhoven, the Netherlands.

Contact Form
or email me: hello (at) ph6point6 (dot) com